Eric, his duck, and the Mint duck

Everyone at the secluded fountain pool

Rebecca R.G. helps a group of experimenters during her daily gather on projective space

Namrata wearing her role on her head

Who knew integration was so humorous?

Surreal numbers are definitely funny, especially from the book.

Josh is very cool while teaching in Week of Chaos

Waiting for the train to Philadelphia

Students at a hard-to-find mosaic

Jessica decked out in her birthday gear

All the staff before a Life Seminar

Just before this photo was taken, there were 5 chairs holding these people up...

Josh and sarah-marie compete for control of a green cube

Frank collapses after a grueling proof

Albert explains to AI Corrine and the class

No one knows why Pavle and Ian became marked with eraser prints.

A cluster of Pokemon Go-ness.

Ida and umbrella and fountain

The last morning was very rainy. 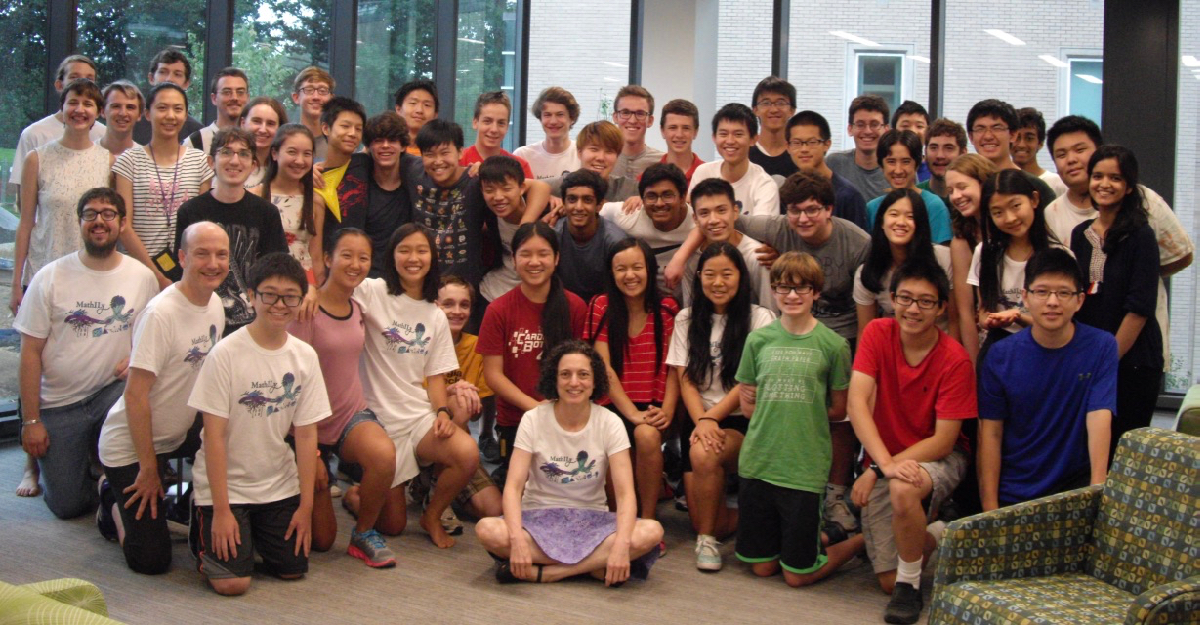 Even at the closing meeting, MathILy is collaborating to solve problems

Karaoke in the Campus Center

After everyone else left, Gideon carefully organized the pushpins on the bulletin board by color.